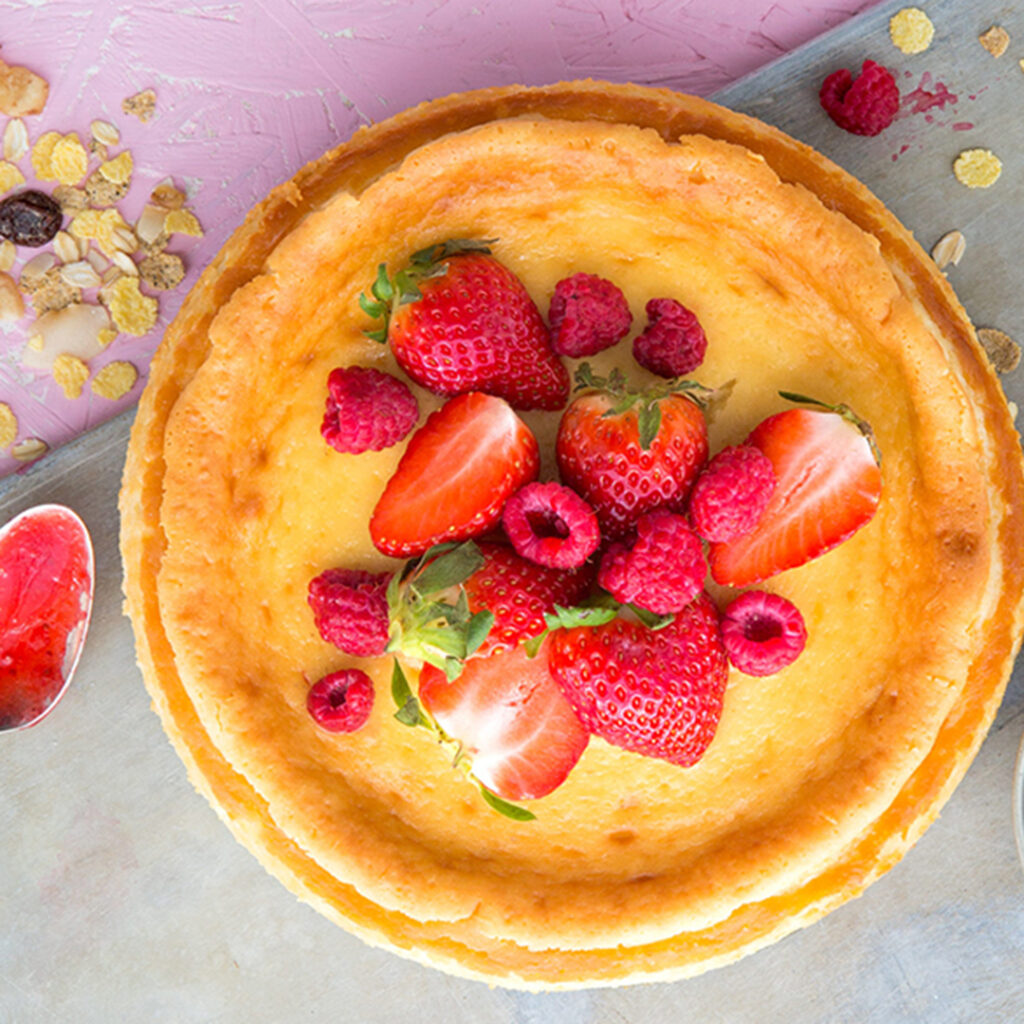 Please note! The cheesecake should be made on the day before it is served.
Melt the butter in a saucepan and measure in the muesli. Heat over a low heat, mixing until the muesli has absorbed most of the butter.  Line a springform tin (approximately 20 cm in diameter) with a circle of baking paper. Tip the base mix onto the baking paper and press until even.

Make the filling. Carefully wash the lemon and then finely grate the zest. Beat the cream cheese with a whisk until workable. First add the sugar, and then the flour, beating the entire time. Then add the grated lemon zest and 1 tbsp lemon juice. Beat thoroughly.

Berry sauce: Put the berries in a high-sided bowl, measure in the sugar, blend until smooth using an immersion blender, and then place in the refrigerator until it’s time to serve.

Products used in the recipe